Journalist, Filmmaker and Novelist Roman Koenig joins the show in the midst of the pandemic and the nationwide protests over police brutality to discuss his timely new novel Black Market News.

You may be familiar with Roman S. Koenig as an SDSU School of Journalism and Media Studies professor, but he is also a well-known journalist and filmmaker who can now add author to list of titles. “Black Market News,” the debut novel by Koenig released earlier this year, is a dystopian, science fiction, technothriller that takes place in a future United States.

“My interests in film and journalism have always paralleled each other. I’ve never been able to give up one for the other. My recently published novel,
“Black Market News,” merges them in a unique way.”

When professors create their own books at San Diego State, they often take the form of a typical college textbook used in a class. But for journalism and media studies professor Roman Koenig, he was turning a new page. Koenig published his first book titled “Black Market News” on Jan. 17. 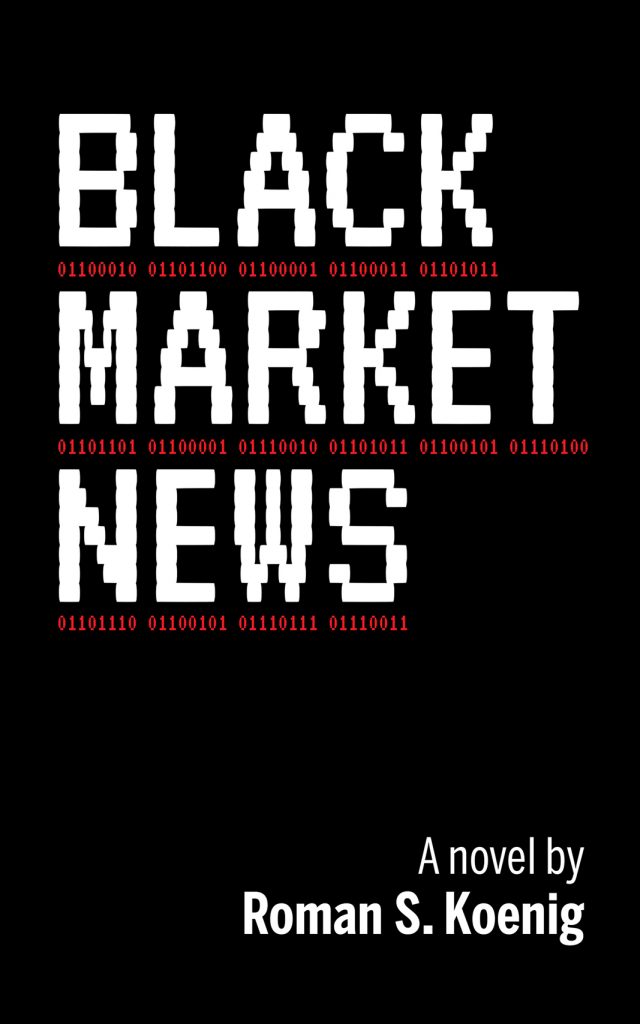 Is fringe-fact in our future?

Set in a future United States dominated by a single massive conglomerate, Black Market News follows underground journalist Quinn Kellerman, from his severe injury to his journey to expose those responsible, pushing past his own notions of “fringe-fact” to uncover the truth. Quinn and friends — and perhaps an adversary or two — draw the curtain on the twisted world of eState’s chief executive and the man’s use of violent, ghoulish, technological means to manipulate the public.